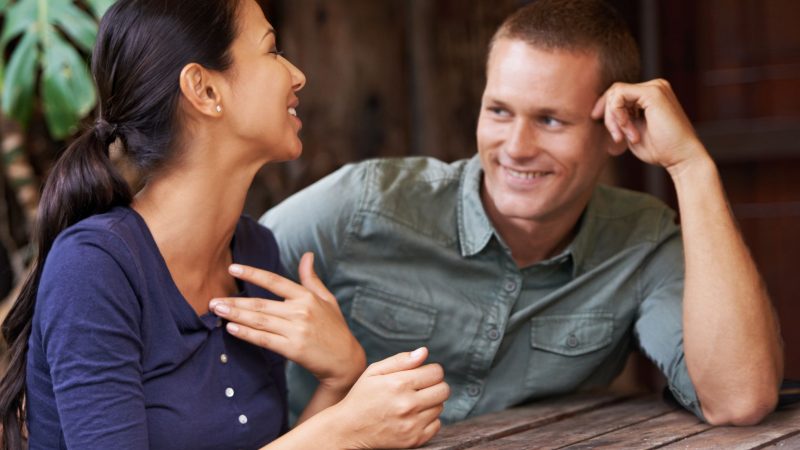 Doesn’t it feel good to get attention?  Sure, there’s the thrill of connecting with someone for the first time, the warmth of getting to know another human being, the joy of togetherness, blah, blah, blah.  But still….

Isn’t that initial moment of attention just something else?

You might find yourself second guessing: is he really attracted to me this quickly, or am I just a narcissist?  There’s a few easy ways to tell if a guy really isn’t feeling your vibe at first sight:

It’s normal to feel your self-doubt kicking in when you suspect a man is so immediately picking up what you’re putting down.  Read on to find out what, deep down, you already know.

When a guy meets a girl he’s attracted to, you can hear that change in his voice.

Depending on his confidence level, you might catch his voice going higher than you expected, nervousness getting the best of him.  You can, after all, be a pretty intimidating specimen.

For most men, however, when he begins speaking to you, you’ll find his voice deepening instead.  It’s a part of that leftover caveman, me-Tarzan-you-Jane energy coming out to the stage.

On a strictly evolutionary level, this shift is his testosterone is trying to showboat itself, reminding you that he’s a man and serving as a glaring sign that, yes, he’s definitely attracted to you.

Again, this one depends a little on his personal confidence level.  You might just scare some poor soul into feeling that he can’t meet your expectations or your eye, but in most cases, you’ll find the opposite effect.

Usually if a man is attracted to you, you’ll find that his eyes keep glancing your way.  You’ll see him looking in your direction a little more than might be considered normal.

As you speak, you’ll find him cued entirely into you, making eye contact with the same level of desperation as a man in an interview.

In a way, for him, that’s kind of what this is: an interview, for the position of “any guy who gets to keep talking to this girl.”

Speaking of conversation, if a man is attracted to you, that’s what you’ll get: conversation.  About anything.

If this guy is attracted to you at first sight, his only goal is going to be prolonging the interaction, even if that means making talk about nothing.  Chances also are, this (occasionally kind of boring) conversation is going to be very question oriented, with him asking anything and everything about you.

Where are you from?  What do you do?  How often have you been here?  Would you like to run away with me? You know the drill.

Bottom line, if a man is attracted to you, you’ll know for better or worse through his level of engagement in the conversation. 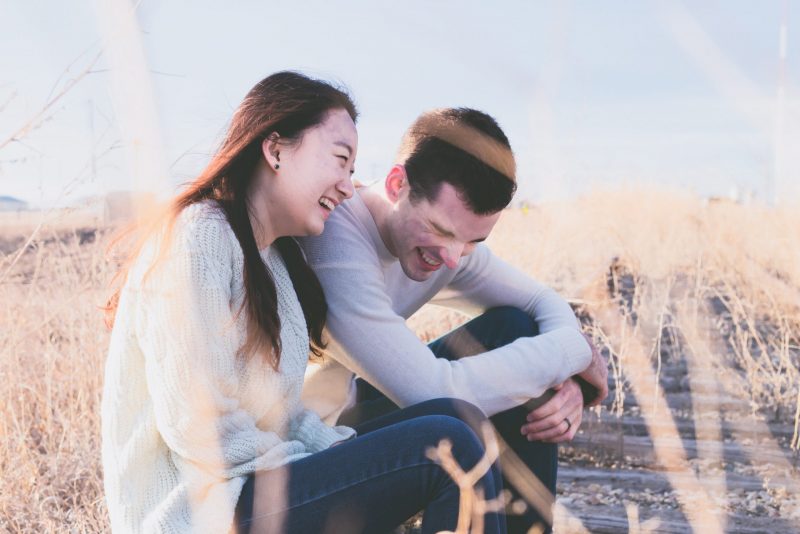 During this conversation, you might find him laughing?  Like, really laughing, in that way people do when they aren’t faking it, head thrown back, loud and obnoxious?  It’s nice to feel that level of joy radiating from someone.

Be honest with yourself, though: are you really that funny?

Maybe you are.  Or maybe, because you’ve caught his eye, every element of his attention is focused on you, making you really seem to him like the funniest person in any room.

Do you know that feeling when you’re aware that people are looking at you, and you begin to feel yourself almost… perform?  It’s like you get this impulse to act the way a “that girl” does in a movie.

You stand up straighter, hold your head higher, and speak more clearly, projecting the kind of energy you hope they’re expecting.  You’re not alone in this feeling; if a man is attracted to you, he feels it too.

Not only will he begin playing the part of the “attractive man,” he’ll subconsciously do whatever he can to figure out what traits you think might fill that role.

You may find him mirroring your own movements.  If you touch your face a lot, he’ll touch his own.

If you lean back, casual, watch his entire tone and mood visibly change to match your own.  His attraction puts you in the driver’s seat as he attempts to follow your lead.  Take that lead, and see where it goes.

See also  Should I Tell Him I Love Him First Or Wait For Him To Say That?

Somehow, way in the back of your lovely lady lizard brain, you know if a guy is attracted to you. You just know.

You can rationalize your way around it, dissecting his conversation and body language like the neurotic overthinker you are, but on a deeper, impossible to describe level, there’s more to it than just that.

It’s in the spark. 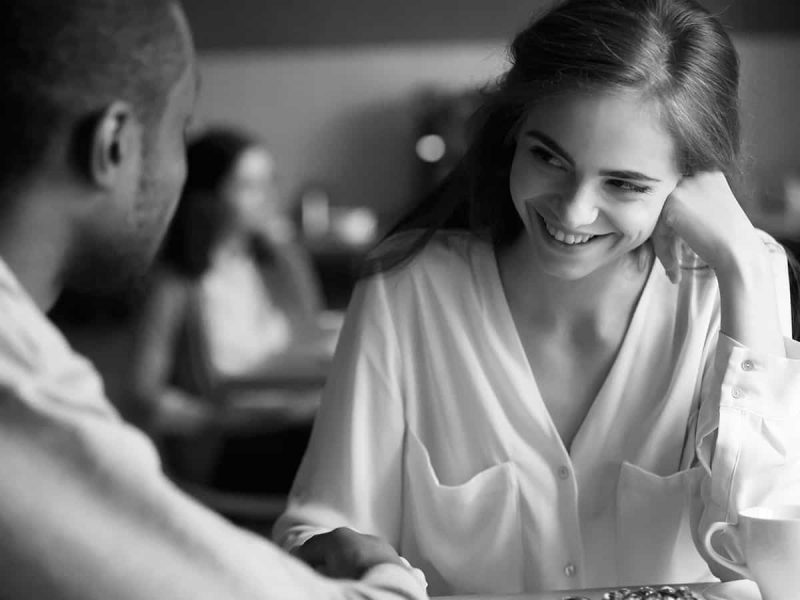 It’s that jump in your stomach that lets you know, when his eyes meet yours, he’s captivated.

Every moment after this might be fraught with complications as you work to decipher if he likes you, if he’s a good guy, if he’s going to try to hook up with your sister when you leave the room, but right now, in this very moment, you know.  He’s hooked.

We all like to look up relationship advice in the same way that we look up the weather forecast when already at the beach, feeling the sunshine on our skin.  It’s really just confirmation of what we already suspect.

If the very first time a man sees you is also when he begins feeling something, you’ll know. And there’s good news.  Whether or not you’re interested in returning that attention, you have a deep, ancestral responsibility to all the women who have come before you to enjoy that moment.

Do it!  Bask in the warm, ego-boosting glow of that attention because surely as the sun shines, it’s there.  There’s absolutely nothing wrong with it, regardless of whether or not it ever leaves that room.

What Do Guys Look For In A Woman They Want To Marry?

Should I Live With My Boyfriend?