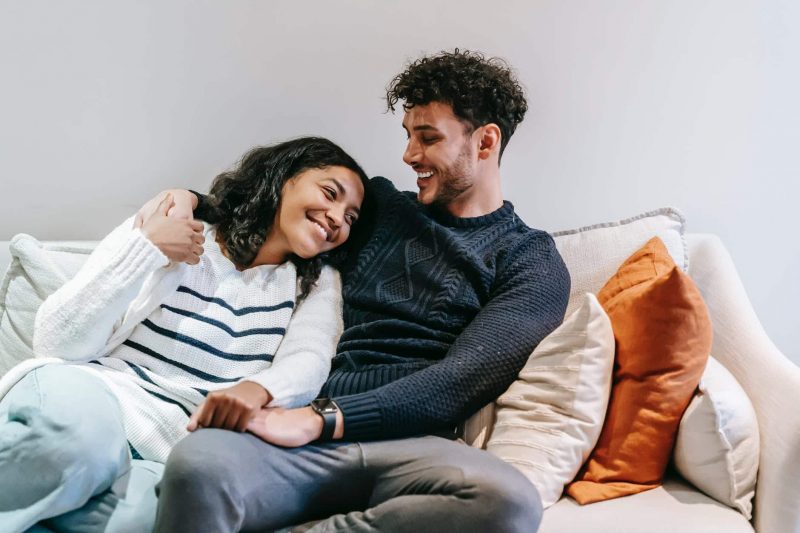 Are You Sure You’re Ready To Share A Bathroom?

The thing is, when it comes to moving in with your significant other…there is no one right answer. Every situation is different, and everyone has their own “right” time.

For some it never happens (before marriage) and for others it happens within months (like me). Decide for yourself and if possible before the question even comes up so that you are prepared.

Does it need to be after a proposal or just as long as everything is moving in the right direction? Do you want to date for a full year before that kind of commitment or are you good with testing it out for a while and just playing it by ear?

There are a lot of things to consider…and to get you thinking, let’s look at both sides of the argument.

5 Reasons Why You Shouldn’t Move In Together While Dating

1. For some, that’s just how they were raised. Whether you believe it to be wrong or you have a family member who has somehow had authority over you at some point and assured you that moving in together would not be an option.

This reason comes in so many forms because it doesn’t necessarily mean it’s YOUR preference to not move in together. For example, your Dad has told you from day 1 that you won’t be living with any boyfriends until after marriage.

Be prepared to let that bit of information be known once things officially become serious between you and the guy.

No reason to scare him off, so just work in when the time is right or a relevant topic is discussed. Not that I’ve ever known “not moving in together” to be a deal breaker in a relationship – it could however affect future timelines.

Perhaps knowing this information means your guy would consider a proposal sooner.

2. Religion. It’s a big no-no for some religions. For some, it’s simply frowned upon. Again, this could be your own beliefs or it could be the strong beliefs of your parents that you are trying to adhere to. 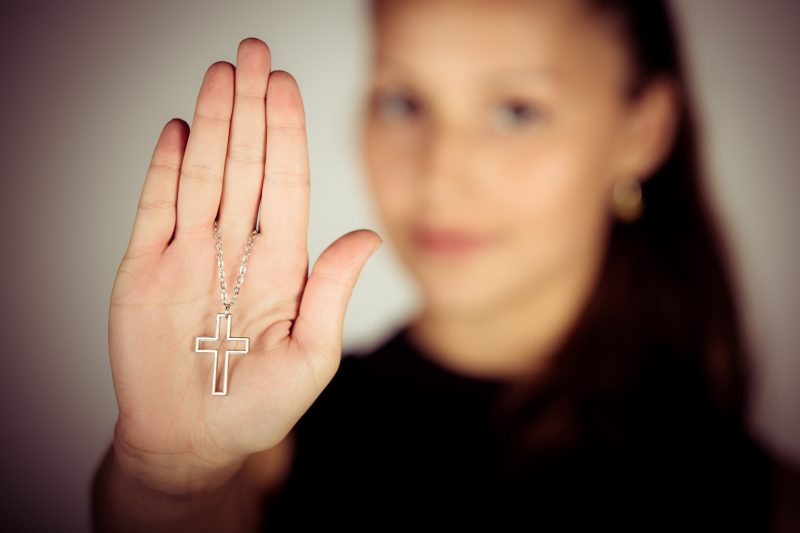 Just like in the case of #1, this is something worth mentioning once things appear to be getting serious or exclusive with your guy. Still waiting until there is an opportunity so as not to appear like you are rushing the relationship.

3. Space. In college I never joined a sorority. I honestly knew very little about the Greek life, no one in my immediate family had the experience and I struggled with seeing the point. Yes, I know – this was early on before I had any understanding.

Now, I understand the Greek life so much more and given a second chance it might have been something I pursued. However, back then, my mind set was “Why would I want to share a bathroom with so many girls!?” Instead, I had my own 1-bedroom apartment and quite frankly I loved having my own space.

Mostly, it was just my personality to be a homebody, shower early, wear a weird face mask to help unclog pores while I eat something I mostly bought from Aldi in my comfy but ugly PJs and watching DVDs I had rented from the local Blockbuster.

If that sounds like you on any level, then moving in together might not be a great idea…at least until you are really close to marriage. You two may spend most nights together at one or the other’s place, but being able to get away altogether once in awhile is also a beautiful thing.

Look at it this way. A man cave is a very common thing for a married couple’s home to have.

It’s technically meant to be a place for a guy to getaway, right? So essentially that’s all this is. You already have the apartment, it’s not like you’re going out to get a new place specifically for getting away.

4. Remember the final few episodes of “Sex & the City”? What would Carrie have done if she didn’t keep her apartment when you moved to Paris with the Russian??

This is an easy one, love happens but so do broken hearts. If you want to play it safe and be sure you are prepared for any situation…even one that leaves you single…then don’t cohabitate until marriage. You have a place; he has a place.

See also  How Long Should I Wait For Him To Ask Me To Be His Girlfriend? 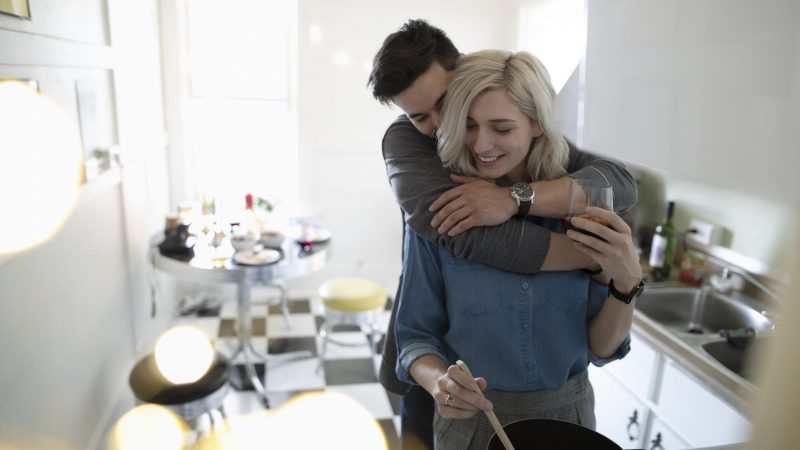 Of course, things are going just fine and there is no reason to ever believe you guys wouldn’t make it down the aisle but maintaining your own place gives you either a place to go to should a break up happen (worst case scenario) OR a place to relax when wedding planning gets a little chaotic (best case scenario).

5.  The final reason isn’t so much a reason for not living together before marriage but more a lesson in real estate. Assuming it’s allowed by your landlord or if you own your own home, keeping your place and renting it out as an Airbnb is such a genius idea. Make a little money for that upcoming wedding and of course you will basically be living together at his place while renting it out.

5 Reasons You SHOULD Move In Together While Dating

1. It’s 2021. Many people wouldn’t marry someone without living together first. Heck, some wouldn’t even say yes to a proposal if they don’t pass the cohabitating test first.

It’s 2021, living together before you’re married is not near as taboo as it once was. In fact, it’s very common.

A guy friend – well really more of an acquaintance – said he wouldn’t move in with a girlfriend before he was married. The reason?

He felt if they moved in together and had a fight, they’d be more willing to work through it if they were married versus if they were just dating it’d be easy to throw in the towel.

There are so many things wrong with that, I won’t bore you by dissecting it. But if you haven’t figured it out yet – I’m a big fan of living together before marriage.

2. You don’t know what you don’t know. You may think spending every night at someone’s house (or vice versa) is close enough.

See also  What Do I Do When My Ex-Husband Wants Me Back After I Already Married Someone Else?

You aren’t wrong, but there is still something about the mentality of living together. You really are up in each other’s business!

Being together every day/night knowing you could go home if you wanted is much different from spending every waking moment together without having an option to get away.

If living together for a while, has you wishing you had somewhere to get away to…hello red flag!

3. It’s so much cheaper! Not gonna lie, my now husband and I moved in together pretty quickly.

While we definitely were on the right track for marriage etc, it was also very much fueled by finances. We were both spending a lot on rent but not really needing two places. We got a 2 bedroom, not so we could each have our own room (lol) but just to have a little more space for whatever we might want/need.

Watch TV alone, do some work, have a friend over for the night, relatives visiting, hobbies, etc. It worked out splendidly.

4. Speaking of finances. Unfortunately, bad money habits rear their ugly head when you live with someone. You quickly find out what kind of credit score they mostly have, how well they do laundry, if they sleep with the light off/on, bathroom routines, etc.

It’s not all puppies and bunnies when you move in together – but usually when it’s love you can overlook things like coffee grounds on the counter or the toilet seat being up.

DON’T overlook financial issues! Everyone usually has a little debt, but watch out for outstanding balances and habits of overextending himself on the credit card etc.

One thing you absolutely do not want is to marry into a whole lot of debt. Remember if the marriage doesn’t work out most likely that debt is automatically considered yours, too.

Set up a plan to budget and save up and knock it out before you ever commit to the aisle.