Going to a party can be daunting for those of us who are not social butterflies. If you’re anything like me, parties can be a scary place because you don’t know how to behave like a “normal” human being.

Not all of us are born with natural charismatic skills; not all of us are gifted with top social capabilities. Some of us have to literally practice and try our best not to say or do anything socially awkward.

So, this article is for people who have to practice their lines; this is for those who reply with “dinosaurs are mythical creatures” when someone asks them “how are you?”. This is for my anti-social creatures.

1- Dress For The Part

Your looks are the first thing people would see; it’s your first impression, so you have to do it right. This means that you can’t show up in an unmatched red soiree dress looking like a monarch from the Victorian era- unless it’s a Halloween party. You also can’t show up in a big white dress if you’re a guest at a wedding party- unless you’re the bride.

Try to plan your outfit ahead. Is there a theme to this party? Is it a casual party or is it a formal gathering?

If you’re still undecided about what to wear, ask a friend who is attending the same party. If you don’t know anyone going to this party, you can still call a friend and ask for their advice; we all know a fashion diva who knows exactly what to wear and how to wear it!

See also  What Is The Best Way To Learn French On Your Own?

2- Keep Your Eating Habits At Check 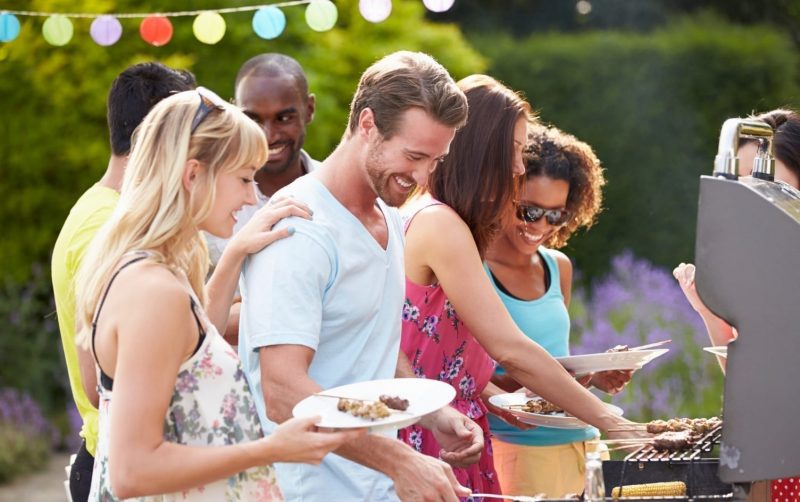 You also have to remember that the way you eat your food is important too: Don’t chew with your mouth open and always check if there’s anything leftover in your teeth; you don’t want all of the attendees to know what you had for dinner! Another thing worth mentioning is to eat in small bites; you don’t want to spill food on your clothes, and you definitely don’t want to spill anything on the guests either!

I used to avoid eating food at parties altogether because I was clumsy by nature, and it meant that there’s a definite act of spilling.

If you’re in a bad mood, please refrain from going to the party at all. Let’s talk about our friend Debbie who got dumped by the biggest jerk on the planet hours before a birthday party.

Yet, she still decided to attend because it was her way of dealing with things. Yes, you guessed it…she ended up getting drunk and causing a gigantic scene that went viral on Youtube.

She sang “I will always love you” right on the top of the tables and cried her lungs out. She embarrassed herself, the host, the guests, and her ex-boyfriend- who completely deserved it by the way.

See also  I Want To Study But I Can't Focus

4- Know What Topics To Discuss

Don’t bring the office to the party; people are escaping their realities for these few hours, so please let them be! No one is interested to know what your boss had for lunch- unless it’s an office party.

Moreover, don’t spend the night talking about your boyfriend; no one is dying to know what you got him for Valentine’s last year. And unless someone asked you, people are not keen to know how your boyfriend proposed to you last March.

And definitely don’t discuss religion or politics at the party; this is not the place for sensitive topics to be discussed.

Know what topics to discuss, be engaging, and listen when others talk. Try to be friendly, smile more often, and give people honest compliments.

5- Bring The Right Plus One

Nothing can be worse than bringing someone to the party with you who will end up embarrassing you.

Do not bring your ex-boyfriend just because you don’t want to show up alone.

Do not bring your drinking buddy because you know it’s an open window for them to get drunk.

Do not bring your whining friend because she will end up killing your vibe and hogging you all night just to nag about everything and everyone.

See also  How to stop being boring

Do not bring the gossiper who is most likely to cause a problem because someone heard her trash talking about a friend at the party.

Good social etiquette means that you don’t show up late to a party. It also means that you should bring something with you and never show up empty-handed.

Good social etiquette means thanking the host and informing them when you’re leaving. Complementing the host and telling them that they throw a great party will only increase your chances of being invited once again.

Why Good Habits Are Important To Success

Why Can’t I Find Motivation To Do Anything?

How to become a hardworking person