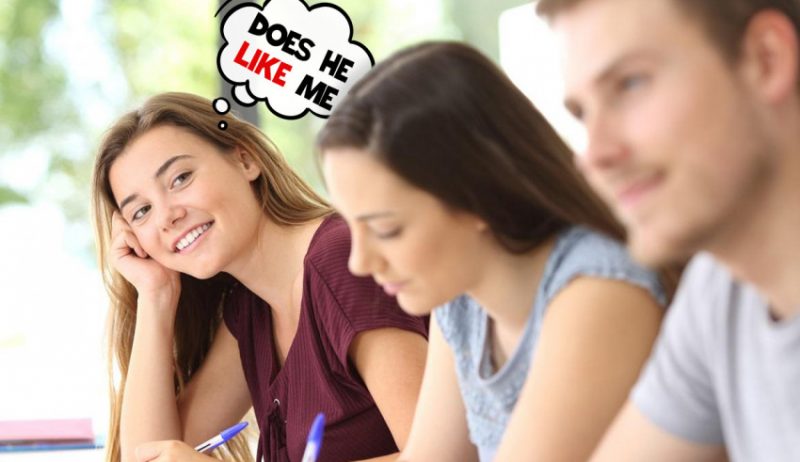 It can be super intimidating to talk to your crush! (As someone who went through high school having a massive crush on a boy for three years and NEVER approaching him—I get it!) It’s also super tough to know if your crush likes you without talking to him at all.

In fact, it’s probably tough for him to develop feelings for someone he has never talked to, so it’s always a good idea to chat him up if you can. Still, it’s understandable that’s a tall order, so here we’ll talk about some ways to know if he might like you without having to talk to him!

You catch him looking at you a lot.

Chances are, the two of you have spent time at least in proximity to each other, because how else would you have gotten that crush? (If you got your crush from only seeing him online, skip down to the fourth example!) Whether for a class, at your job, or out in public, pay attention to him and if he’s looking over at you.

Try not to get caught peeking! Using a mirror or a phone can be sneaky ways to look at him without him catching you in the act. If you sometimes look over and catch him already looking back at you, keep track of how often that happens!

See also  What attracts a woman to a man at first sight?

When he’s looking back at you more than half of the time, chances are he’s looking more often and you just aren’t noticing. Just make sure you’re not looking so often it might be considered creepy or anything—keep him guessing too, because he might be trying to gauge if you like him as well. 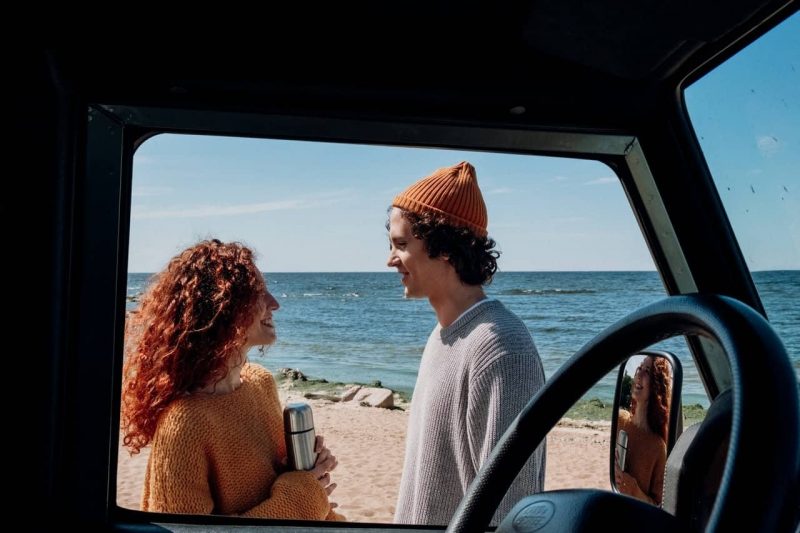 He’s especially nice to you, or just treats you differently than he treats other people.

This one can depend a lot on his personality, so keep that in mind before applying it. If he’s naturally a charismatic and caring person, he might treat you like that as well, which may or may not be a sign he likes you.

If he’s even more nice or accommodating to you than he is to others, that could be! On the other hand, if he’s not particularly nice to others and is more of a loner, or sort of aggressive, see if he’s at least a little more nice to you. That’s usually a clear sign he’s got a little soft spot!

His behavior might not be so clean-cut, but it’s something to keep an eye out for, especially if he treats you differently than he treats other girls around you. Whether he’s nicer or even a little more

i mean, those can both be signs he might have a crush!

He tries to spend time with you or even makes excuses to hang out.

Whether you know each other from a hobby, work, or school, if he attempts to get to know you and spend time with you, that’s a great start! In class and he chats you up about the homework?

At your desk and he stops by to ask about the meeting tomorrow? Doing an activity with a club or gathering and he comes and asks you how you’re doing? These are all green flags (the opposite of a red flag!) that he’s at least interested in being friends, if not interested romantically.

He may also be less direct than those examples above. It could be that he makes excuses to spend time with you, asking for help with an assignment or something he’s stuck on.

Make sure to stay receptive and notice these small signs! And, of course, say yes if you can. (But this article IS about how to not have to talk to him, so if you’re still too nervous, turn him down nicely and give him a good reason! Say you’ve got to go soon or you’re socially awkward—or you could even say you’re intimidated by how cute he is, which is a nice move to flatter him as well.)

He likes your posts and pictures on social media, or views your stories.

If you’re here from the first example, welcome! Plenty of people get a crush on a boy just by seeing him on social media sites. The first step is to follow his account(s) if you haven’t already, so he can more easily see your content.

Then wait to see if he interacts with it much! Whether he likes your photos or views your story, pay attention to it. Is he one of the first viewers? 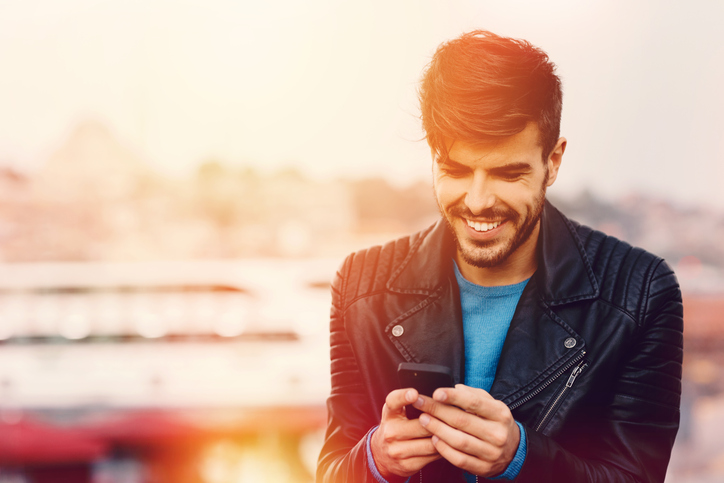 Does he leave hearts or just likes? It’s okay to read into these things a little bit, as long as you don’t get too obsessive about it. And interact with him back to make sure he knows you’re looking too!

It’s pretty tough to figure out if a guy has a crush on you without talking to him directly, but it’s at least possible to see some of the early signs of a crush. When you’re ready, and if you see some of the signs we talked about, muster up the courage to talk to him!

Whether it’s a DM on a social media website, a note in his locker or on his desk, or (heaven forbid) approaching him in person to ask him on a date, give it some time and think about how you want to do it before you jump in. Good luck!

What do guys look for in a woman’s appearance?

How To Get Over A Summer Fling?