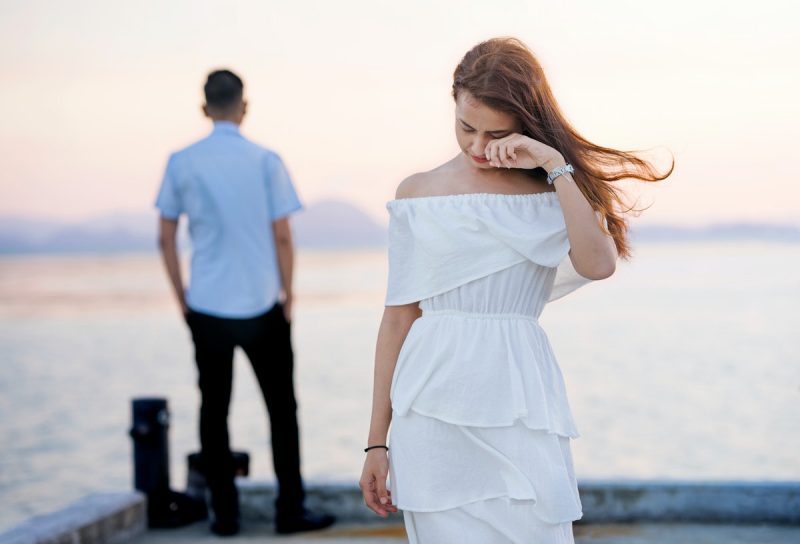 Breakups are never easy, especially if you are completely blindsided by it. Too many girls have faced a situation where their boyfriend will turn on a dime after acting like nothing is wrong and say hurtful things and want to break up.

If you’re here reading this, you may be worried your boyfriend is planning to break up with you. That’s a good first step, considering it as a possibility, and here we’ll go through the basics of the signs a guy may be wanting to break up.

(And to preface! These are all possible signs to watch out for, but the best way to know if your boyfriend wants to break up is to ask. Throughout these points, we’ll be reminded a few times that communication is one of the cornerstones in a healthy relationship. Don’t forget that! Don’t let it be only your relationship anxieties that drive the two of you apart. If you really want to know how your boyfriend feels, the best thing to do is to ask him straight out.)

He becomes noticeably more distant over a short amount of time.

In all relationships, there’s what’s called a “honeymoon period,” where the two of you are absolutely obsessed with each other, strong feelings of love and connection are present, and you may spend as much time as humanly possible together.

See also  When A Guy Is Hot And Cold Towards You 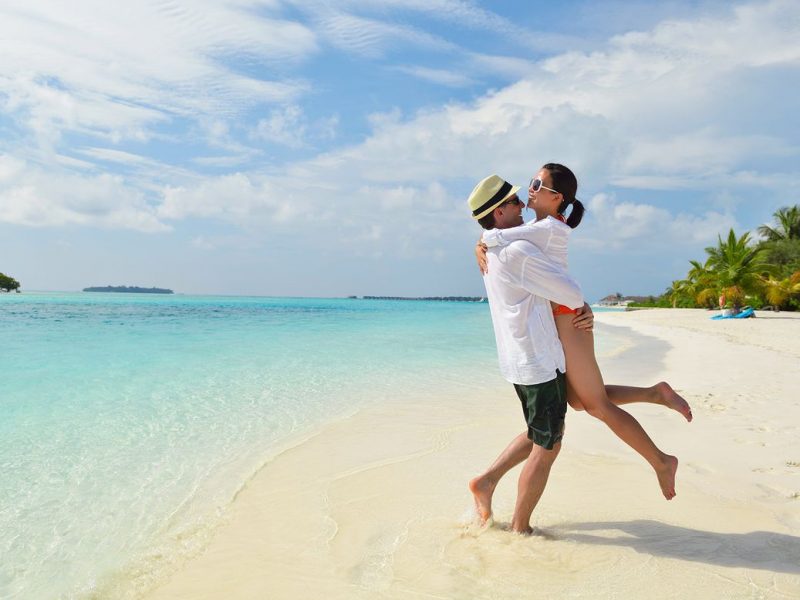 It’s normal for that period of infatuation to fade away over a matter of months or years, and for the two of you to become more distant and focus on other relationships and hobbies again. That’s no reason to worry at all!

However, if your boyfriend becomes distant rapidly, maybe over the span of just a few weeks or even days, it’s worth mentioning to him.

“Do you want to go on more dates? Are we not spending enough time together? What are some fun ways we can hang out?” These are all good opening questions to gauge his interest, whether your relationship has been short or long.

If he seems disinterested, though it may hurt, you might want to ask something like, “How do you feel about me? You’ve seemed distant. I want to make sure we’re okay.”

He has new friends who are girls, and he’s secretive about those relationship(s).

While this is a touchy topic for many couples, a guy having girl friends is never a clear-cut sign of infidelity. Your boyfriend can have female childhood friends or work acquaintances and keep obvious boundaries with them because he’s committed to you.

Rather, if your boyfriend has a new friend who’s a girl, or multiple, or if you see him texting girls at all hours of the day, that can be a red flag. You might want to discuss with him that you’ve been feeling a little jealous or anxious when he’s talking to other girls, especially if he’s neglected you in the process.

See also  How To Keep A Man Interested In You Forever

If he reacts angrily or defensively, that’s another warning sign. A good boyfriend will have nothing to hide from you and would be clear and upfront about those relationships.

He stops making as much of an effort.

Like we’ve already discussed, phasing out of the honeymoon period is a normal part of all romantic relationships. Spending less time together and focusing on yourself isn’t a bad thing, especially if the two of you have demanding jobs or other relationships you neglected while you were wrapped up in each other.

Big changes in behavior are what we’re looking for here. If he made a huge effort in the beginning of your relationship—getting you flowers, spending every night at your place, showering you with compliments, and other grand gestures—and then all of a sudden it’s radio silence… that’s a sign the two of you need to communicate.

Boys’ feelings are complicated not only to us, but also sometimes to them, and asking them where they’re at emotionally in your relationship can help them figure it out too. You need to be a priority in a partnership too, and it’s completely alright to ask for your boyfriend to treat you well.

If he tells you you’re making something out of nothing, that’s another sign to watch out for, and technically a form of gaslighting.

He’s clearly mistreating or abusing you.

This is one step further than “not making an effort.” It might seem like a no-brainer, but everyone knows love is blind, so really sit down and think about if your boyfriend is mistreating you.

See also  How To Break Up With Someone Who Is Madly In Love With You?

If he’s picking more fights with you, acting nasty or passive-aggressive, and/or pointing out your flaws at any given moment, those are giant red flags. A girlfriend and boyfriend should always strive to be loving and understanding of each other, even when in a fight, and if not in the fight, then right after it when making an apology.

If he doesn’t ever say he’s sorry or seems to care if his words hurt you, that’s a sign he may be having some personal problems or not wanting to be with you.

If you don’t think your relationship is working out, you don’t need to wait for your boyfriend to break up with you. You know what you’re worth, so make sure to ask to be treated accordingly.

If you’re not being treated the way you deserve, then consider doing what’s best for you and end the relationship before he does. Another good option is to try opening up a calm and honest discussion to get you two back on track, but be ready if he doesn’t want to make that effort and take that responsibility of breaking up the relationship for yourself.

Best of luck to you both, and hopefully this was helpful in figuring out whether your boyfriend wants to break up or not.

How To Text Your Crush Without Being Boring