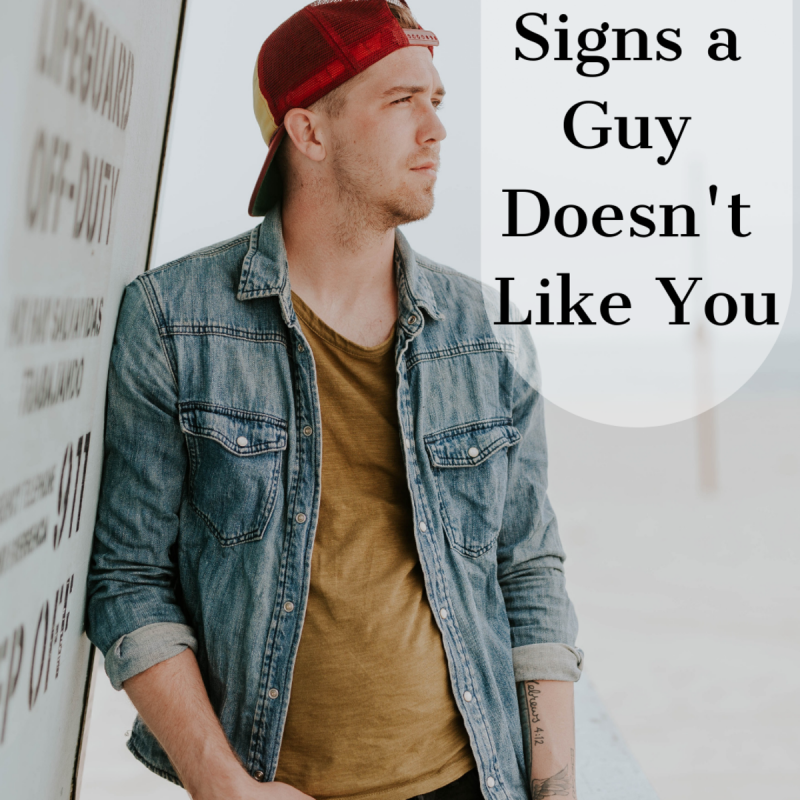 Okay…the hardest pill I ever had to swallow was realizing that guy I’m crushing on doesn’t slightly like me.

I wasted a year in my life running after this guy, only to find out that he was simply feeding his ego on my behalf. I got a mixture of hot and cold signs from him and I guess it was the “hot” that kept me chasing after him.

I was hooked from the very first time I laid eyes on him: There he was this tall guy with hooded hazel eyes and hair that shines golden beams of sun rays.

His teeth were beautifully crooked and freckles covered his face like the stars cover the milky way. The tattoos on his body looked like a masterpiece mural…he was beautiful.

I wanted him to like me with every fiber of my being, but I only ended up with the pain and heartbreak. And now, I can’t help but think that I was too blind to see the signs; I should’ve realized that he never liked me.

So how do you tell if someone doesn’t like you?

1- He’s Not Doing The Chasing 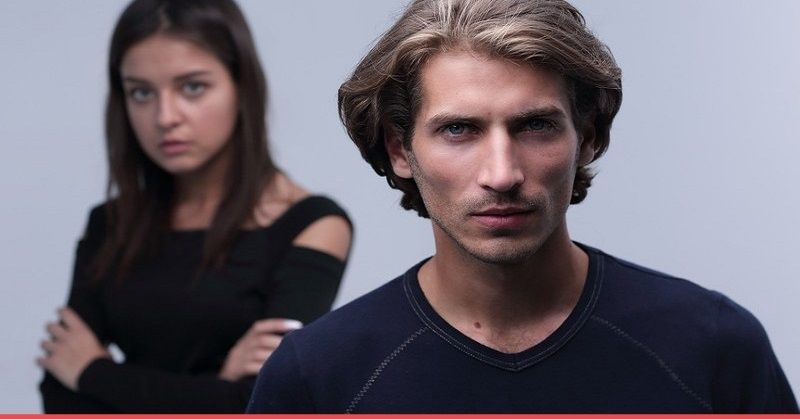 Men are biologically wired to do all the chasing, not the other way around. From the beginning of time, men were physically programmed to be hunters. If a man likes you, he will be doing all the chasing and hunting.

See also  My Boyfriend Doesn'T Make Me A Priority. What Can I Do?

If he’s suddenly popping at your favorite hangout and you’re magically seeing him everywhere you go, it means he likes you and he’s chasing you. However, if you are struggling to know his whereabouts and trying so hard to go to the places he goes, then he is not in the game.

I was doing all the hunting, I was popping at places where he would usually go and not the other way around.

2- He’s Not Acting All Macho Man

When a man likes you, something in his brain instantly switches to the “protective” mode. He wants to become your protector and rescue you from any kind of “danger”.

A wise friend of mine told me to test this theory on the guy that I was crushing on. She told me to lift something heavy when he is around and see if he runs to help me; if he does then he feels protective and therefore he likes me.

So, we were hanging out with our mutual friends and I decided to put this theory to test: I lifted this insanely heavy box to see if he would help me, and he didn’t even blink- I only ended up with excruciating back pain and heartache.

Sadly, I still wasn’t convinced that he didn’t like me and ignored the wisdom of my good friend.

When a man likes you he becomes very competitive with every other man out there. You are his prey; he wants everyone to know their limits and stay in their territories.

If a guy doesn’t like you, he will not lose a wink of sleep even if you dance around in your bikini surrounded by a hundred men. Why? He doesn’t care if you flirt with other men and if other men flirt with you. You are not his and therefore he doesn’t feel competitive.

If he likes you, he will make sure everybody knows and will put all his efforts into making people believe that you’re a couple even though you’re still not there yet. However, if he doesn’t like you, he wouldn’t want to be seen with you because he wants to keep his options open and doesn’t want other girls to believe that he is “taken”.

I should’ve known that this guy doesn’t like me because he never sat next to me while we were in a gathering. It was like he didn’t want to be seen in public with me.

4- He’s Not Marking His Territory

Excuse my metaphor here but I’m trying to explain how men think. Men are like dogs when they like someone they make sure to mark their territories. A man marks his territory by touching you whenever he finds an open window.

For instance, you’re walking into a bar and he gently puts his hand on your back to subconsciously tell other men that you are his. Another example is when the guy puts his arm above your chair when he’s sitting next to you; he’s surrounding you and letting others know to stay in their territories.

Plus, he would be making any excuse to physically touch you and to brush his body against yours. It’s a win-win situation for him.

If the guy isn’t bombarding you with endless questions, then he is not in the game. If he is not interested in knowing how many sisters you have, what you are getting your dad on Fathers Day, and your whereabouts on the 4th of July, then sis he’s not interested. 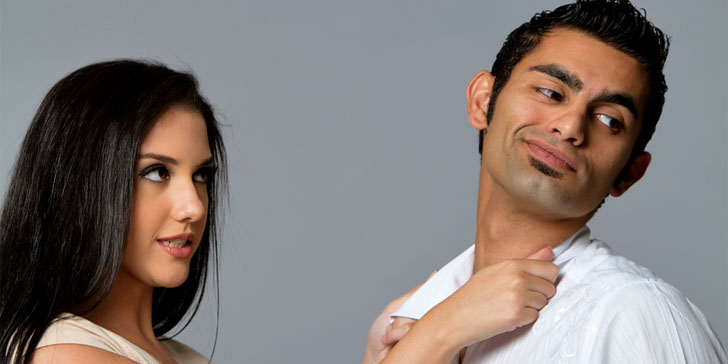 When a guy likes you, he wants to get to know you; he wants to know ALL of you. This is a pretty much straightforward sign that should tell you if someone likes you or doesn’t.

When I was crushing on this guy, I was the one asking all the questions and he never once asked me any question in return. It’s simple: He didn’t care enough to know! To him, I was the girl who had a massive crush on him and he only liked that!

What Should I Do If My Boyfriend Doesn’t Care About Me?

My Girlfriend Keeps Talking About Her Ex. What Should I Do?