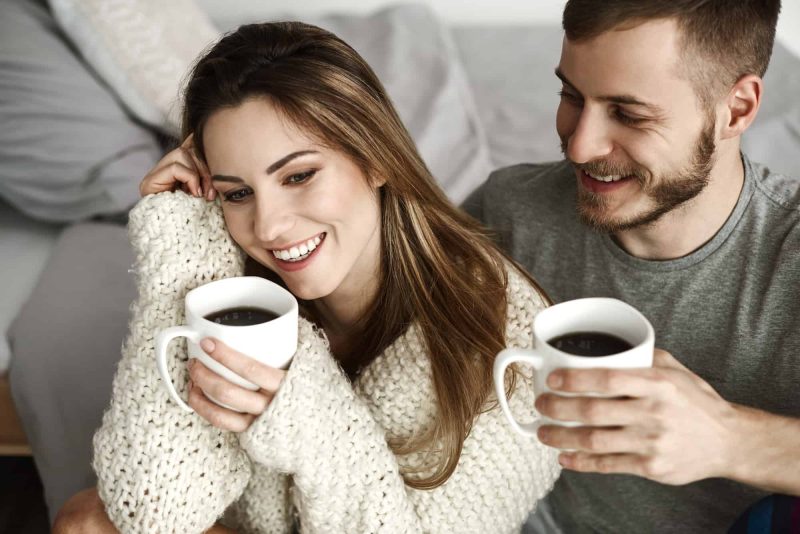 It’s a question we are often faced with when single and meeting someone. Or already know someone and suddenly you are talking more…whether it be because you are coworkers sharing a project, friends who have mutual friends dating or he’s the new guy working out at your gym.

You talk on a regular enough basis for the thought to pop in your mind…is he flirting or just being nice? What is his end game? 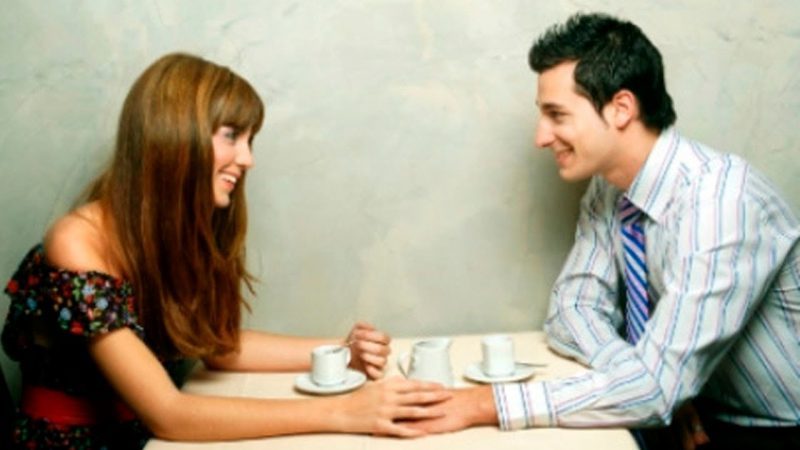 I’m a total skeptic. I question a lot of things, especially people and their motives.

So (in my single days) the moment I’m encountering someone new – and let’s assume I have some sort of attraction to this person – the random thoughts start to flow.

Everything from what’s his status to how his last name sounds to me. LOL. Ridiculous? Sure, but let’s not pretend many of you haven’t been down the same rabbit hole.

The thing is nice guys do exist. It’s true. Some guys were raised well and being friendly with no ulterior motives is actually a thing. Ha! I know it’s true because I married one of those guys.

*Brag Moment* Gotta get gushy for just a sec and brag on my husband. He’s such a friendly and social guy.

All my friends like him, he knows how to interact with people in different situations and somehow can always find something to talk about with anyone. Doesn’t mean he wants to be best friends with everyone he encounters or even have a second conversation, but he is just friendly and carries himself well socially.

While it might be a little disappointing that this guy is just being nice (assuming you were interested in more), do be glad to have a possible new friend. Who knows – maybe he has a single brother 😊?

See also  Why Is My Ex Contacting Me When He Has A Girlfriend?

If you are talking to this guy regularly, then it should be easy to tell if he’s flirting or not. How? He’s bound to slip in something to indicate his status…single, involved, married, interested etc. Listen for cues…and do the obvious – on a Friday, just ask him his weekend plans.

Once you feel confident that he is flirting, now it’s time to understand (once again) – his end game! I have definitely met this guy.

I’ve met several of “these” guys. They are simply just flirty guys. They really don’t care to pursue you beyond just being overly complimentary when seeing you.

TO be honest – I know guys who do this very innocently.

Chalk it up to their personality, they are happily married, kids, etc. But they are naturally flirty without ever crossing a line.

Then there is the guy who is naturally flirty, and we aren’t sure if he will cross the line. Perhaps he flirts with most girls but no plans to pursue beyond that.

I will say, however, there is a good chance that if YOU pursue this guy – well some of them will welcome it but be careful. Chances are he’s not looking for anything further.

If he was, he probably would be putting forth a little more effort than just flirty compliments when he happens to see you.

Be careful with this guy, but also have fun! If you’re single, then go nuts. 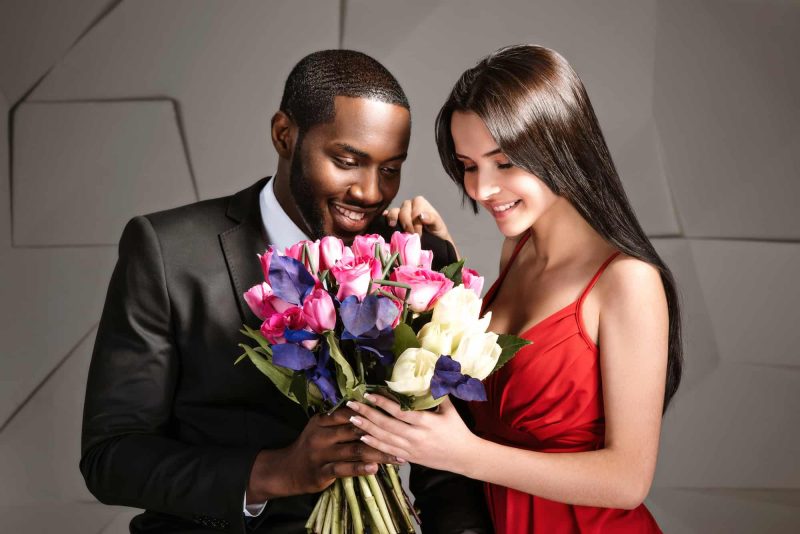 So, let’s talk about the guy who IS flirting and IS interested.

This should be an easy one to figure out.  Ask the right questions or just listen closely for clues about his status. If he is flirting AND interested, most likely he’s going to go out of his way to make that clear.

For example, on a Friday afternoon…

You: Hey – how was work today?

Him: A little rough, Henderson is on my a** about these campaign results. At least it’s Friday and I can consult a beer – or 6 – about it.

Him: What do you have going on?

You: Lunch with my sister, possibly some pool time on Friday – still waiting for my friend to confirm. What else are you doing?

See also  My Husband Talks About Other Women'S Bodies. Should I Mind?

So, the gist here is, casual conversation, nothing flirty at the moment from him but you are trying to lead him into giving you more information. Usually whether a guy is interested, or he is not interested – whatever feeling he has – he wants those to be known.

So, for this particular illustration, we are showing what to look for when a guy is interested and how to lead him there. The conversation continues…,

Him: Hoping to get into something tomorrow night, I might head to the new bar down on 6th street – have you been there yet?

You: Yes! Love that place, I went twice last week with my friends. You gotta check out the beer they have on tap.

Him: Twice in one week! I’m sure the dudes are lined up to buy you drinks.

He answered your question then engaged you further. He has made no mention of any significant other and you reciprocated by mentioning spending time with your friends twice last week at a bar which he may interpret as being single. Plus, he got a little flirty.

The idea – and especially in this case since you work together – is to feel him out and be sure he is interested and not just flirting. Let him lead while you just keep feeding him reasons to believe you are not just single, but also interested in him too.

Time To Make A Move

But who’s making it? You feel you have all the confirmation you need that he’s single and interested in you. Perhaps he’s asked you out and you are about to live happily ever after.

OR the more likely scenario, you both are still just flirty and both hesitant to make the first move.

This will be tricky but probably your best bet.

Think about the times when you see someone regularly at work…but when you accidentally bump into that person (let’s say a girlfriend) at the store or a restaurant, suddenly you are giving them a hug in surprise and gabbing away.

I always find that weird when it happens to me…I walk away asking myself “why did I just hug her?”. I don’t hug her when I see at work.

Well, I can’t explain exactly what that’s all about BUT I can say that in general it’s safe to say people act differently when outside of their normal environment or comfort zone with another person. In this case, if the guy is at work (or gym or whatever) then getting him into a more casual environment where perhaps his boss isn’t lurking around, he may be able to be much more casual and talk more freely. And yes, ask you out.

Granted, when I say people act differently – that includes the people who run the other direction when they see a coworker, but I think it’s safe to say this guy is only moving in closer to you.

So, the hard part. How do you get him into that environment?

Maybe it’s a local festival, maybe it’s a drink with friends, maybe it’s the public pool…if the opportunity doesn’t present itself otherwise then I give you permission to get just a smidge creepy. LOL.

Well, creepy is the wrong word. Next time in conversation he mentions something along the lines of where he will be – such as the new bar with friends – then think quickly and say “Oh ya! My friend and I are having dinner there too!”. Now go find a friend and make those plans.

It would be so great if this guy is bold enough to just ask you out without you having to take the extra step, but in the event he does not…this is your back up plan!

How Long Should You Be Dating Before You Move In Together?