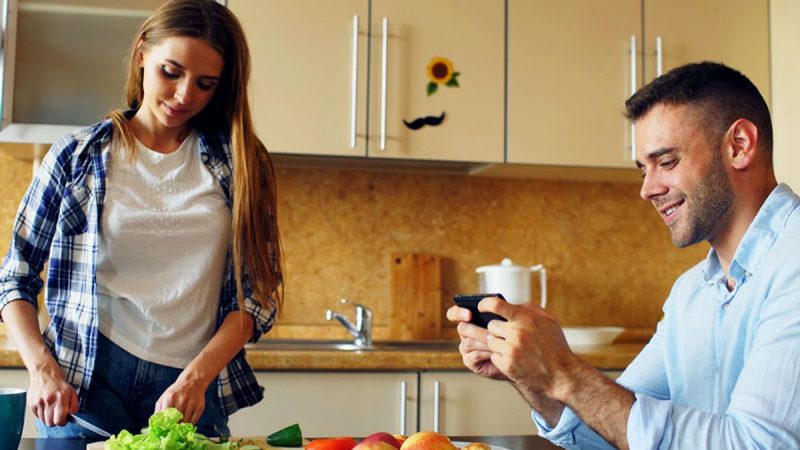 It can be really frustrating to be the only cook in the house, especially if you didn’t exactly sign up for the role! Still, it’s a common phenomenon to find yourself as a girl to be the primary food-maker at home, especially if you and your boyfriend live together all or some of the time.

It’s been common in the past for the woman to prepare all the food, but we live in the twenty first century now, and it’s likely you’ve also got a job and not much time to do chores and cook—and even if you don’t, it’s totally reasonable to expect some help from your guy. Here, we’ll go over some ways to get your boyfriend to help out more and make things a little more balanced!

Make a cooking and shopping schedule, and get him involved with both.

If you’ve already tried this, props to you! Don’t let him wiggle out of it every time, especially if it’s clear he likes making excuses.

Make it clear that this is the bare minimum, and not just a “girl thing,” but rather a responsibility for both of you to shoulder.

Create a cooking schedule and give him at least one or two nights a week. Make sure you work with both of your schedules for this, because he can’t make dinner if he’s at work, but even if he works the night shift every single night, have him meal prep on the weekends at the very least.

A whiteboard or a calendar on the fridge are two good ways to put this schedule on clear display.

And bring him along shopping too! If you find the right recipe book, you can draw some ingredients from there. Which brings us to the next step!

Buy a new recipe book and mark it up together by what you like and what you think you could make with your skill set. 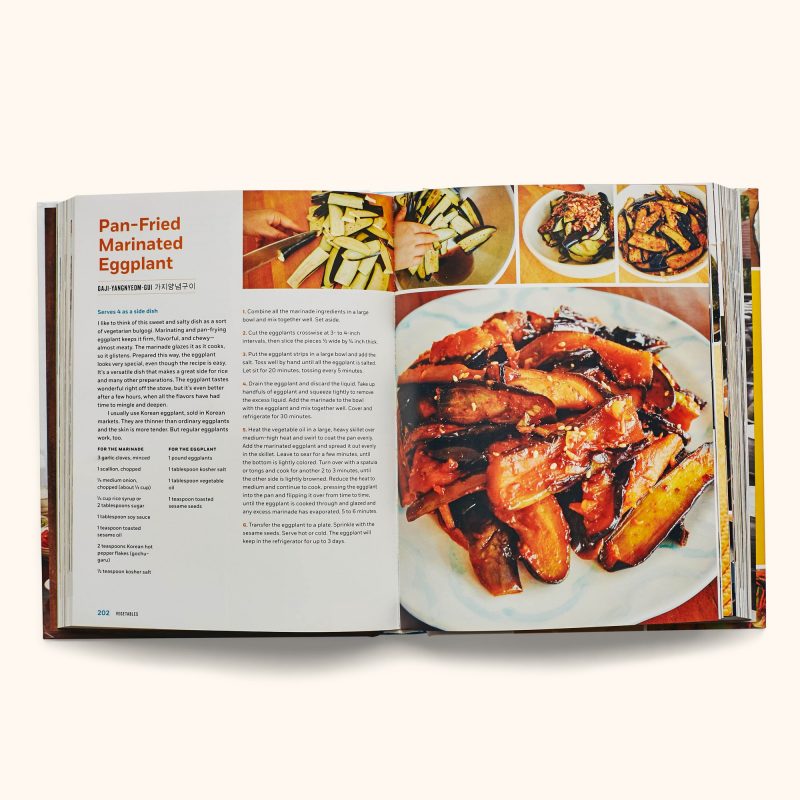 You might need to go out and shop for the right book for beginners, but chances are you’ve got a few cookbooks lying around already. Set up a time for the two of you to skim through and flag recipes you think would be yummy, and dishes you feel confident preparing.

If he doesn’t seem to want to pick any, ask if he could choose just one or two for now. He might be unsure of his own skills, especially if he hasn’t cooked a lot in the past.

Reassure him it’s fine, and everyone starts from somewhere. No time like the present!

Plus, when you’re parents (if you’re not already), kids love nothing more than Dad pitching in to make breakfast or lunch. It’s good for the little ones to see their dad helping mom out!

See also  How Do You Know If You Love Someone or Just Used to Them?

If he’s awkward in the kitchen, teach him a little! And have recipes that are clear and easy to follow. 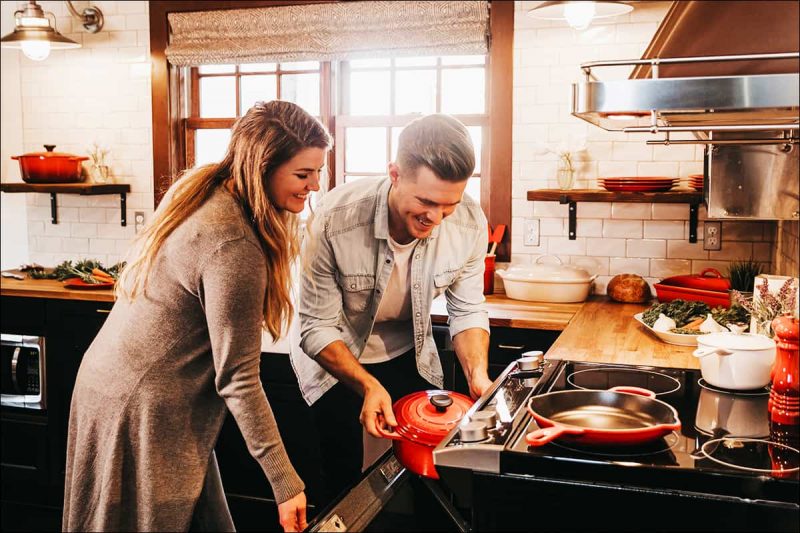 Plenty of guys grew up having not been taught to do a lot of the household basics, which could be a source of embarrassment. If you feel good about it, feel free to take the lead and show him how to make a simple dish like hamburgers or salad.

You can have him get you the ingredients, or tell him to make a side dish while you make the main. This can be a good way to delegate without leaving him floundering, unsure what to do.

After doing this routine a few times, switch out with him, and have him make the main dish while you do the side! Chances are, once he feels less embarrassed and more sure of himself about cooking, he’ll feel better about taking over dinner duty.

If you don’t want to teach him, whether you don’t have the time or honestly the patience, try and find a cooking class you can both attend! Even if it’s not the specific kind of cooking you’ll need him to do, they’re still a fun way to bond and get to eat delicious food. And he might see that cooking is an important thing for you, and just as much a fun thing as a responsibility.

If he’s completely unreceptive, go on a cooking strike.

Not a hunger strike! Make sure there are foods you can premake without a crazy amount of hassle, but don’t go out of your way to prep anything fancy for either of you.

Make sure to only resort to this if you’ve had a talk with him and asked him to help out—if it comes out of nowhere, he might be kind of confused! But if he’s staunchly against cooking for you both in any way, this is a natural next step.

If he’s got time to make meals ahead of time for breakfast or lunch, or make dinner fresh a few days a week, then that’s what he should do to show he cares for your relationship.

If he doesn’t approach you, let it continue and figure out how to address it to him. It might be a bit trickier, but expressing your wants clearly shouldn’t need to lead to an argument.

And if it does, tell him it’s tough having a relationship with a guy who won’t even entertain listening to his girlfriend’s issues.

Hopefully this helped you think of some ways to keep it balanced in the kitchen, and good luck to you!

I Feel Disgusted when My Husband Touches Me

My crush likes someone else but he still flirts with me