Some say that “all is fair in love and war” and if a girl is in love with a guy she shouldn’t wait for him to say it first. Meanwhile, others firmly believe in the unwritten universal rule that a guy should be the one to declare it first.

Well, whoever said that it’s a guy’s job to do that did all men wrong! It shouldn’t be only a guy’s responsibility to say these beautiful, yet scary, three little words. There’s no valid reason that should keep girls from saying “I love you” first!

If a guy runs away after you just told him that you love him, then he’s not worth it. In fact, declaring your love first will give you a chance to see who he really is…better sooner than later, huh?

If he holds it against you, then he’s not your man. If he acts awkward about it and never lets you forget, dump him because this guy is not worth your time.

So, should you tell him you love him first or should you wait for him to say that?

Well, saying “I love you” for the first time is a magical thing and we should never feel afraid to come clean to someone about how we feel about them. Yet, sometimes even the best of us get scared…we’re eventually humans! Below are the reasons why he hasn’t confessed his love for you.

1- He Doesn’t Know That He Loves You 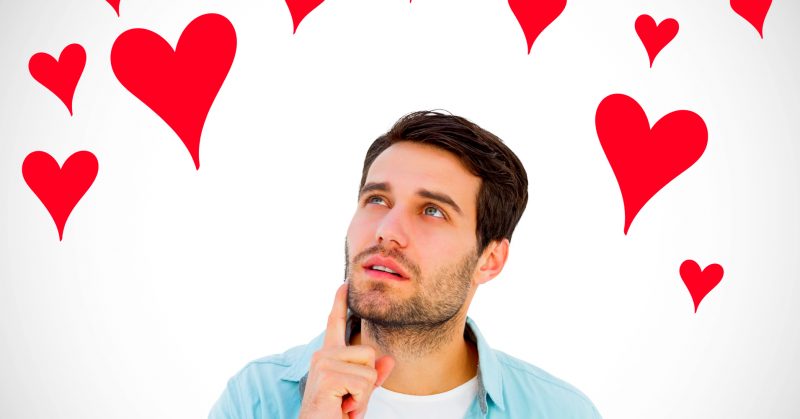 Some guys can be oblivious and not completely in touch with their feelings like most girls are- you can’t really blame them because the world we live in tells a man that he should be “tough”.

This guy may worship the ground you walk on but is still not aware on a conscious level that he “loves” you. It may take him a while to realize that the funny feeling in his stomach goes by the name “love”.

His actions say that he loves you but he’s still not aware of that. If he checks up on you and wants to know that you got home safe, if he constantly asks you what you had to eat today, if he’s supportive and kisses your hands…wake up because that man is in love with you! In this case, you shouldn’t wait for him to say “I love you” first, say it…let him know that you love him because this man is a keeper!

2- He Is Not Sure How You Feel About Him

What if he says it first and he ruins what you guys have? Maybe he wants you to say it first because he’s not completely sure how you feel about him. This is especially true if he thinks you rushed into a relationship with him.

For instance, you were just in a relationship with some other guy and he was there when you were dating this guy, and he was there to hold your hand when you broke up. He doesn’t want to be the rebound guy and thus, he’s waiting for you to confess your undying love for him.

3- He Has Been Hurt Before

The last time he said “I love you” to someone else ended badly. You might want to consider his previous relationships before you wait around for him to say these magical three worlds. He may have his guard on and he’s never going to have the strength to say it first. It may put him at ease if you said it first.

This is especially true if he was cheated on in his previous relationships, or if his trust was somehow betrayed. He feels like he has been wrong about these things in the past and he wants to make sure that he won’t get hurt again. 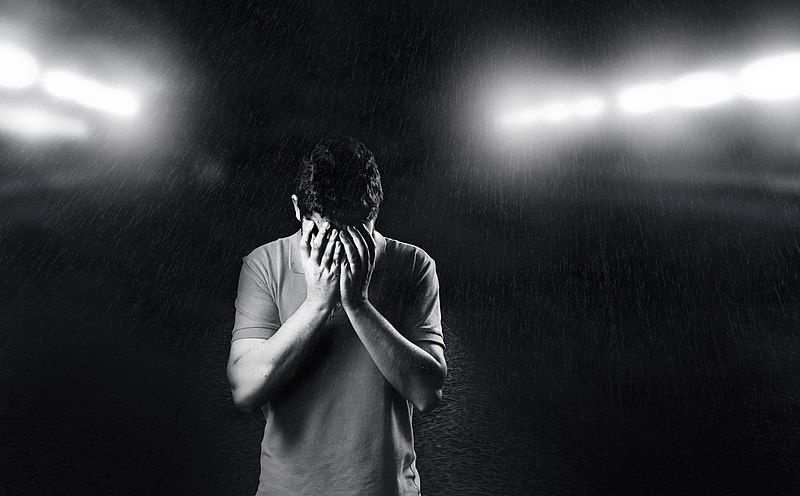 Just because your BFF’s boyfriend said “I love you” after one month of dating, it doesn’t mean that your man has to follow the same lead. Every relationship has its own timeline and its own unique path, and what works for someone might not work for someone else; there’s nothing wrong with that. Maybe your man is simply not ready yet and he likes to take things slowly in his life.

See also  Should You Get Back Together With Your Ex-Girlfriend?

5- He Is Emotionally Unavailable

Okay, this might be the hardest pill to swallow…but, maybe your man is not emotionally available. He is used to being distant from his feelings and was never taught to be in touch with his emotions.

You’ve been dating this guy for some time now, so think about the following: How is his relationship with his parents? Did he grow up in a place where he was taught that “a man never cries”? How does he talk to his mom?

How does he treat his sisters? Is he best buds with his old man?

His relationship with those closest to him can reveal so many things about your man. Don’t expect him to be all lovey-dovey and articulate about his feelings for you if he was never taught all of these things. He is probably not good at giving or receiving affection, or simply, he is not good at showing affection.

When A Guy Says He Misses You Does It Mean He Loves You?

Never Take Back An Ex Who Dumped You