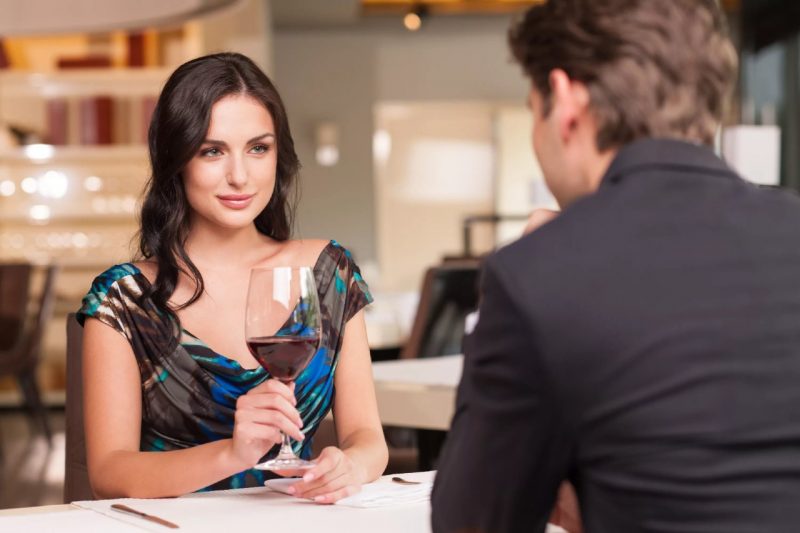 If you were to pull aside a random sampling of women and survey them about what qualities they look for in a long term relationship, you’d probably come up with a profound list of deeply personal qualities: relationship to family, sense of humor, playfulness, passion, joy for life, love of travel, etc.

The thing is, while all these are well and good, they aren’t exactly things you can actually see.

There’s no getting around it.  What we look for in a partner and what we first notice in a man are not always one and the same.  The thing is, they shouldn’t be!

We don’t live in a magical world in which we might meet a man’s eye across a crowded bar, feel an instant, soul-level connection and suddenly know everything about him.  Let’s be real; anyone who brags that this is how they met their partner is hiding something, likely a sense of embarrassment over what actually caught their eye.

Though every woman has a different “type,” we all tend to notice the same initial set of qualities, tiny little subliminal markers that tell us this guy may run on our frequency.  Rather than being taken as a sign of vanity, we should investigate the reason why we notice these traits and embrace them! 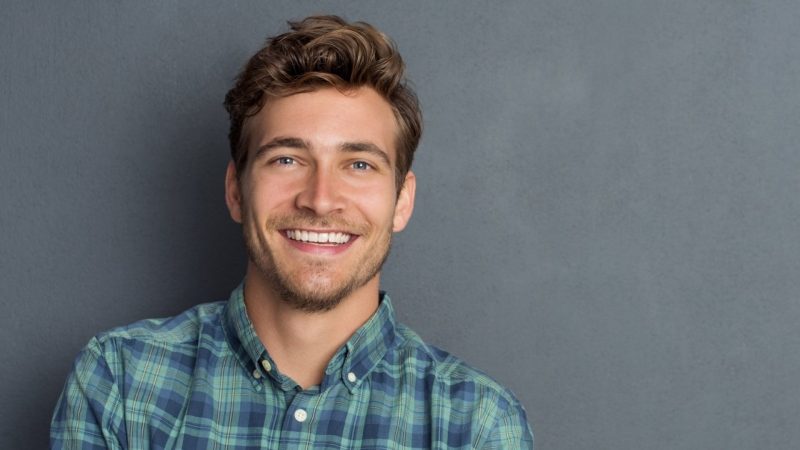 This one is a given.  The level of comfort a man feels when speaking to you says a lot about him as a person.

Many people take this as a bad thing, saying a guy can’t always be held accountable for his own confidence, that you’ll be missing out on some great guys by pushing them aside for more traditional “bro” types.  On a certain level, I completely agree!

Someone’s immediately visible confidence doesn’t say anything about the quality of their morals.  However, it does often say something about their investment in themselves.

The thing is, as any teenage girl who has successfully survived high school can tell you, confidence is actually a thing you can learn to fake pretty easily. It’s all about:

Of course, there is such a thing as being too confident.  Any of us who has ever been approached in a crowded bar by a guy cockily throwing a pickup line into your friend group like a grenade understands.

As in all things, confidence is a balance, the ideal being somewhere between “I’m too scared to meet your eyes” and “Let me grace you with my presence.”

You might think I’m crazy on this one, but hear me out.

When you encounter a man out in the wild, what is the first indication that he’s not going to throw you in the back of his van and drive off into the sunset?  Is it his style?

Is it his smile?  No, Ted Bundy infamously had that on lock.

The way a man stands can tell you a lot about him as a person: his comfort level, his general attitude, how he feels in his own skin. If he stands with his arms crossed in front of his chest, slumped over, you know he’s self conscious in a crowd.

When we see those same arms bulging stiffly out at his sides, we know he’s likely to show up late to our first date, straight from the gym.

All our lives, our brain picks up on unconscious signals that indicate when a person is someone who can be trusted, and one of those, without a doubt, is posture.

Hair may not be everything… but it kind of is.

For almost all of mankind, hair has been a symbol of status, of power.  Whether you care about your hair or not, it certainly cares about you.

Despite any level of personal vanity, whether a man takes an hour every morning on his hair or whether he hasn’t washed it in five days, whether it is cropped short or brushes past his shoulders, it sends a million signals about his personality. 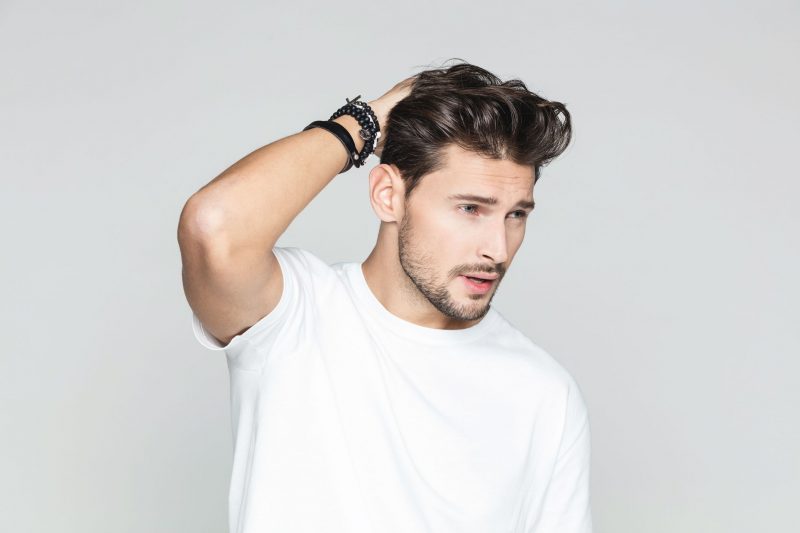 And we see it.

Like style, though, hair is all about preference.  Some girls may be attracted to artificially colored hair; some might find it a red flag.

While some girls might be attracted to the traditionally long, straight hair of a punk rock musician, this might be a sign for others to run for the hills.  And they should!

Someone’s hair is very often a direct reflection of their personality and values.  Is it terrible to want someone whose values reflect your own?

Is this a little vain?  Yes.  Does that make it any less true?  Absolutely not.

When glancing around a room, whether we like it or not, one of the first things we’ll notice about a person is his body type.  This doesn’t necessarily mean that there is any certain “ideal type” though.  Far from it!

Just as every body is different, every woman is attracted to a different type.  One girl might look for a man with broad shoulders and a wide wing span, someone who can wrap her up and make her feel small.

Just feet away, another girl might be looking for the exact opposite, a lean, thin man with whom she can feel on more equal footing.

Having a body preference is completely natural, and in no way is it something a girl should feel shallow or vain for.

Our instincts developed way before our considerate, evolved thought processes did, and sometimes, when you look at a man, you just know. You just know in your gut the second you see him whether or not he’s someone with whom you could get along.

It’s in his confidence, his posture, his style.

No one wants to be viewed as “that girl.”  It feels terribly shallow to admit aloud what we all notice: love starts with the eyes.  Having specific traits that appeal to you outside of personality doesn’t make you a monster.  It just makes you human.

How to get someone back you pushed away

I Regret Having Kids. What’s My Problem?